"The Revenant" and "Yellowstone" are two of the most famous film and television productions filmed in Western Montana, but there have been many movies and TV shows shot here. That's because Montana is irresistible. Here's a list of big-screen productions boasting some of Glacier Country's most exceptional places.

Yellowstone – A ranching family in Montana faces off against others encroaching on their land.

The Forlorned –  A newly positioned lighthouse caretaker is haunted by a dark force and mysterious presence. Unlikely assistance is given to bring justice to the dark forces that lie within the lighthouse grounds.

The Thin Line – An aimless beauty looks to break her cycle of dating bad men by going after one she can't stand in the first place.

Buster's Mal Heart – A family man's chance encounter with a conspiracy-obsessed drifter leaves him on the run from the police and an impending event known as the Inversion.

The Revenant – A frontiersman on a fur trading expedition in the 1820s fights for survival after being mauled by a bear and left for dead by members of his own hunting team.

Subterranea – Having spent his entire life in a dark cell, never seeing the light of day or another human being, the "Captive" is released into society and must learn how to live for the first time as an adult.

Love Like Gold – Love Like Gold is a story of Gage and Lola. Gage is a wayward ranch hand in search of something different in his life, and Lola, a singer, wants to get away from the bad choices and hardships that have fallen on her. When these two meet they can't tell if they should trust each other to fall in love and start clean, or if there is no hope left for love and try to run away like they always have.

Jimmy P. – A troubled American Indian veteran forms an extraordinary friendship with his maverick French psychoanalyst as they try to find a cure to his suffering.

Treasure State – In this family-friendly adventure, two teens must put their rivalry aside and join forces to stop notorious bandits and survive the brutal wilderness known as the Treasure State.

Pretty Ugly People – Lucy has always used food to escape life's problems, but when this self-titled "fat friend" lures her group of old college buddies to the Montana wilderness, she reveals a new self—skinny, beautiful and still flawed.

The Lion, the Witch and the Wardrobe – Four kids travel through a wardrobe to the land of Narnia and learn of their destiny to free it with the guidance of a mystical lion.

Hidalgo – In 1890, a down-and-out cowboy and his horse travel to Arabia to compete in a deadly cross-desert horse race.

Devil's Pond – What starts out as a romantic honeymoon on a deserted island turns into a horrible nightmare as Julianne discovers her new husband is psychotic. She is trapped on the island by her fear of water, and he has no plans of ever returning to civilization, or even of letting her go. She begins to realize only one of them may ever leave the island.

Frozen in Fear – Sexuality and serial murder in an American village.

What Dreams May Come – Chris Nielsen dies in car crash one night, and then goes to Heaven. Later, his widow Annie commits suicide, unable to overcome her loss. Chris descends into Hell to save her.

Big Eden – A successful New York artist returns to his hometown to care for the ailing grandfather who raised him.

Forest Gump – The presidencies of Kennedy and Johnson, the events of Vietnam, Watergate, and other history unfold through the perspective of an Alabama man with an IQ of 75.

The River Wild – Rafting expert Gail takes on a pair of armed killers while navigating a spectacularly violent river.

Always – The spirit of a recently deceased expert pilot mentors a newer pilot while watching him fall in love with the girlfriend he left behind.

War Party – A group of re-enactors attempts to stage a hundred-year anniversary battle between U.S. Cavalry and Blackfeet Indians. Unfortunately, racial hostilities and a real gun lead to some all-too-real casualties, and three young Blackfeet men are caught in the middle. The film follows their fight for freedom in the face of an angry community, which has mistakenly blamed them for the violence.

Heaven's Gate – A dramatization of the real-life Johnson County War in 1890 Wyoming, in which a Sheriff, born into wealth, attempts to protect immigrant farmers from rich cattle interests.

The Shining – A family heads to an isolated hotel for the winter where a sinister presence influences the father into violence, while his psychic son sees horrific forebodings from both past and future.

Winterhawk – In 1845 Montana, a Blackfoot Chief tries to buy a cure for his tribe's smallpox infection but the white settlers are unsympathetic, forcing the Indian Chief to resort to desperate measures.

Red Skies of Montana – A drama dealing with the hazardous work of the U.S. Forest Service's smokejumpers (parachute firefighters) in Montana. 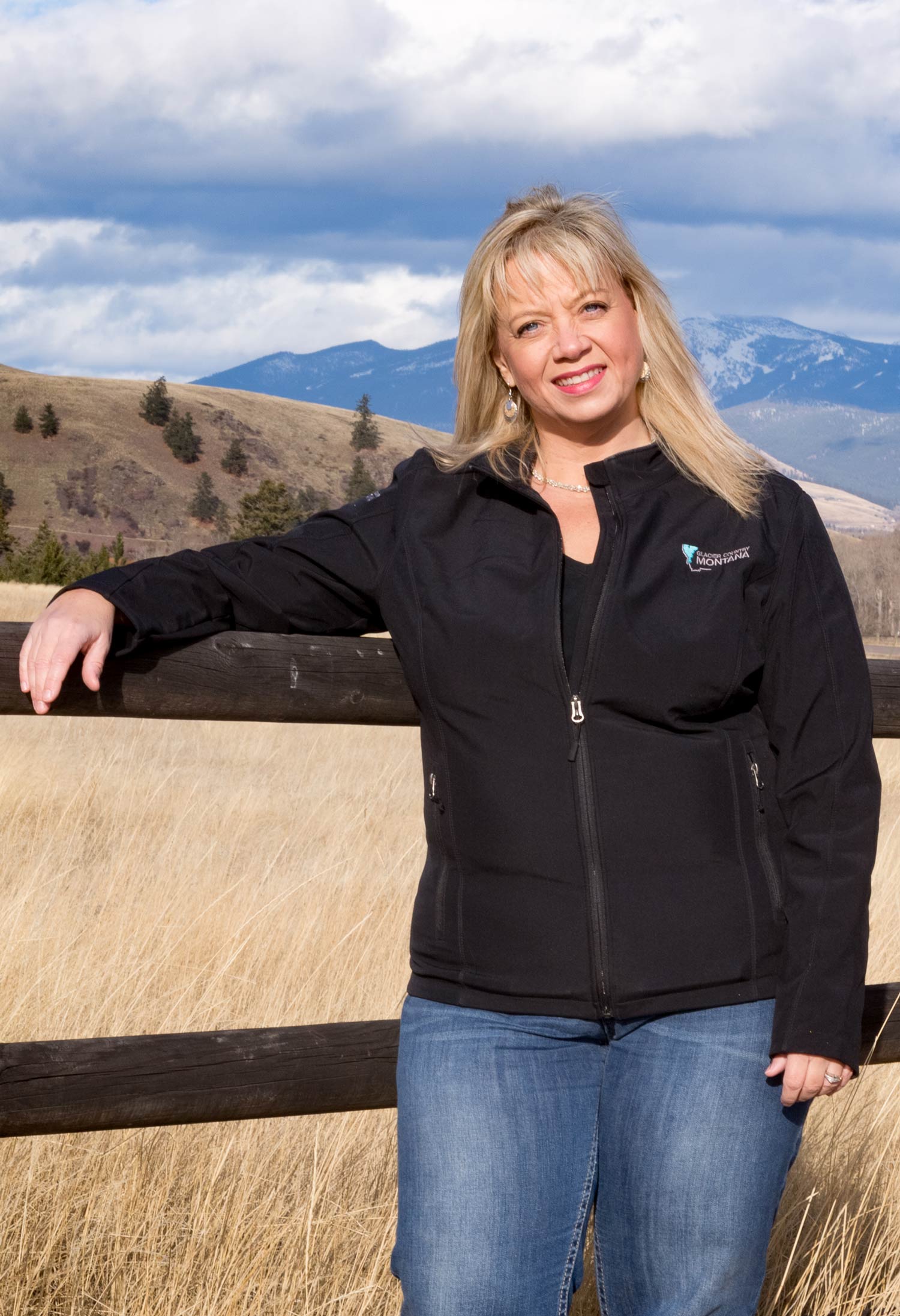